Home | TIK Knits | Pfeilraupe: Crochet Cast On
Pfeilraupe has taken Ravelry by storm. It's likely you've seen or heard of this pattern, it might also be likely you were overwhelmed when you dove into the instructions. Using uncommon construction techniques, this scarf grows asymmetrically and finishes as a skewed triangle. The shape is unique, with holes along one side to weave the longer end through, making it quite versatile. Originally designed in German, there are now quite a few translations quickly becoming available, though the links in the pattern to photo tutorials for techniques needed are all in German. Because of its popularity, we've decided to do a few blog posts with tips and resources to help along anyone else venturing into Pfeilraupe. In this first instalment, we're going to cover the crochet cast on. So, let's get to it! A crochet cast on is recommended in this pattern. There are two reasons you might do a crochet cast on, one being a provisional cast on so that you have live stitches to return to at your cast on edge; the other reason would be to have a tidy edge that compliments the project. In the case of Pfeilraupe, it's to have a clean cast on edge (you won't be doing this cast on provisionally). I found this video very useful when doing the crochet cast on. Though the photo tutorial linked to in the pattern might seem slightly different, the only variation is how you hold the needle and crochet hook. The result is the same, and I find the positioning of the hook and needle in the video easier to follow. The tutorial linked in the pattern also helps with setting up the cast on. You're welcome to use a slip knot and draw a loop through with your crochet hook (as in the video linked above), but the pattern suggests a special "knot" that gives you the cleanest start. 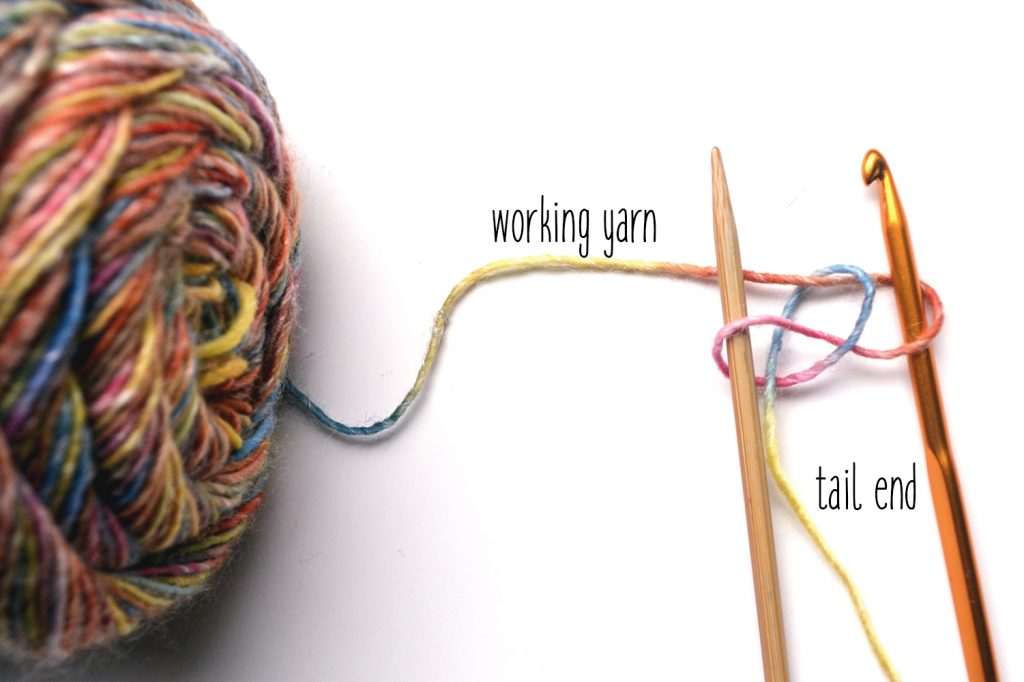 Your needle will be on the left, and your crochet hook parallel to the right. Wrap yarn around front of needle and crochet hook, from left to right, and around to the back. Draw through loop on the crochet hook to complete cast on of one stitch. Repeat to cast on remaining stitches. 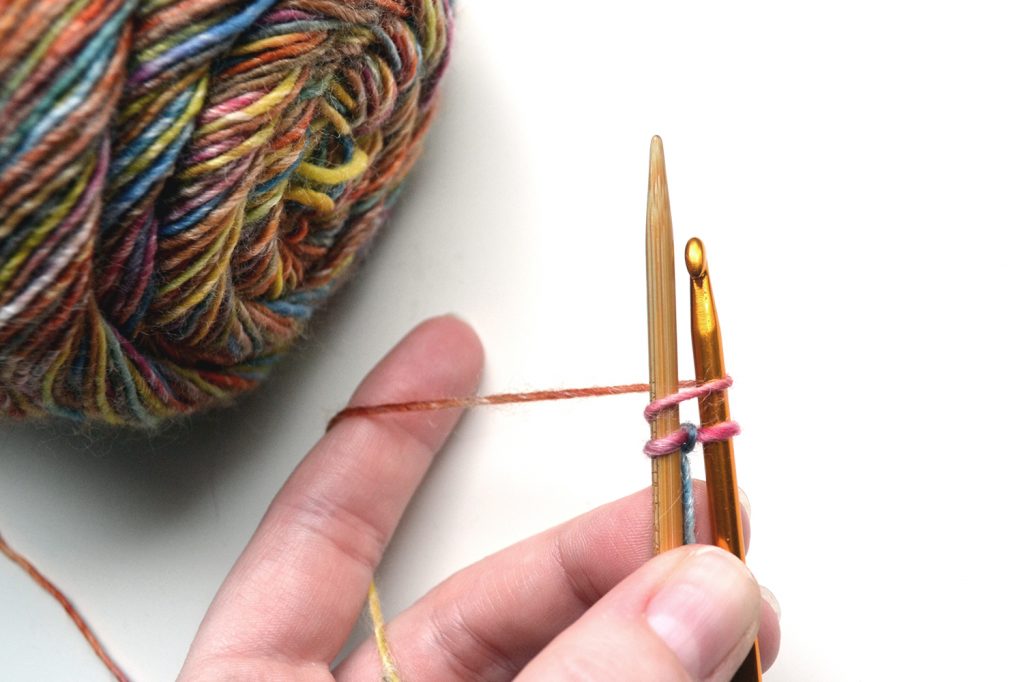 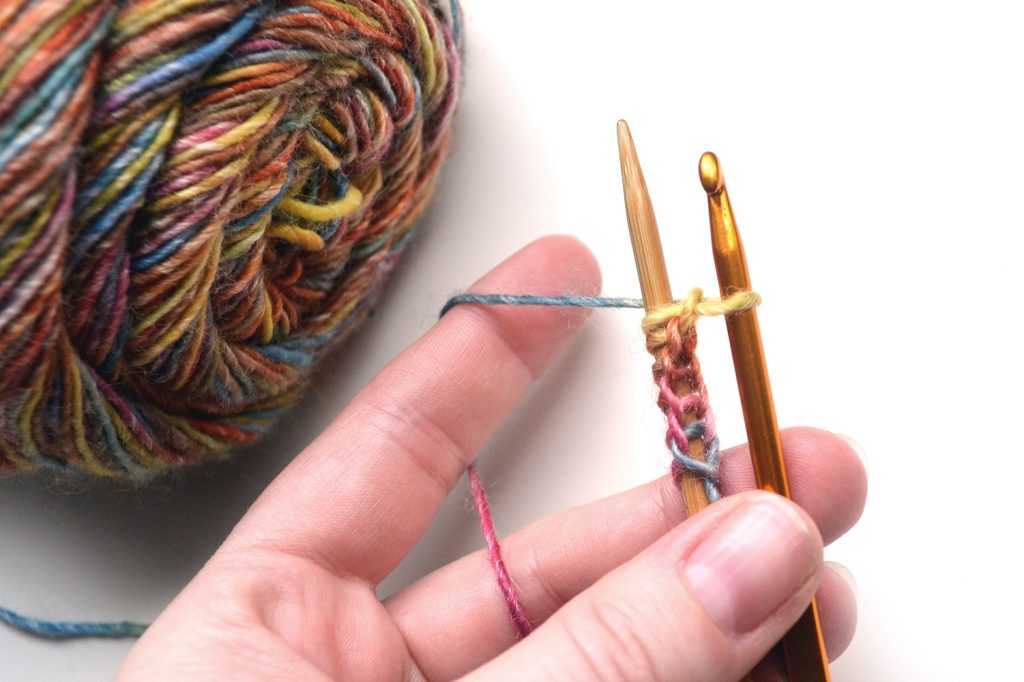 Next time we'll be talking about the short rows used in this pattern. And, if you were admiring the yarn in this project, it's Pittura by Louisa Harding in colour 601, isn't it just the most lovely watercolour rainbow? It's an extra soft Merino and Bamboo Visose blend. Have you tried the Pfeilraupe pattern yet? If not, is it in your queue?